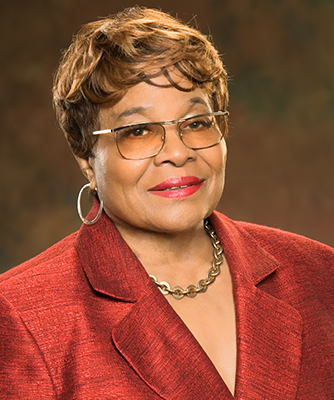 Miller-Perry completed her B.S. degree in chemistry from the University of Memphis in 1956 and her D.M.S. from the John A. Gumpton School of Mortuary Science in 1957. In 1958, she attended Tennessee State University and then Meharry Medical College for nurses training.  Actively involved in the civil rights struggle, Miller-Perry worked closely with Z. Alexander Looby, Curley McGruder, Reverend Kelly Miller Smith and other leaders. When Looby’s home was bombed by the Ku Klux Klan in 1960, Miller-Perry moved to Memphis. She worked closely with SCLC and Dr. Martin Luther King, Jr

Miller-Perry founded Perry and Perry Associates in 1990 and published Contempora, a Tennessee-focused African American magazine. In 1992, Perry founded the community-oriented Tennessee Tribune to focus on issues like health, education, and voter registration. She established the Greater Nashville Black Chamber of Commerce (GNBCC) in 1998. That same year, Miller-Perry created the Anthony J. Cebrun Journalism Center in partnership with Dell Computers to prepare young people for careers in journalism.

Rosetta Perry sits on numerous boards and today owns, in addition to the Tennessee Tribune, three stores, including a café at the Nashville International Airport where she has created space for small African American vendors that would not normally have a stationary place of business.  Tennessee Tribune is a member of the National Newspaper Publishers Association.  Rosetta Miller-Perry has been dubbed the “Queen Mother” of the Black Press.

QUOTE:  She began as a pioneer in the industry, and she’s been speaking the truth no matter what,” Nashville Mayor John Cooper stated. “That’s why, 30 years later, her words speak to our conscious. She advocates passionately for the future of our city, for affordable housing, for HBCUs, for our communities, and for us to have a better city.”